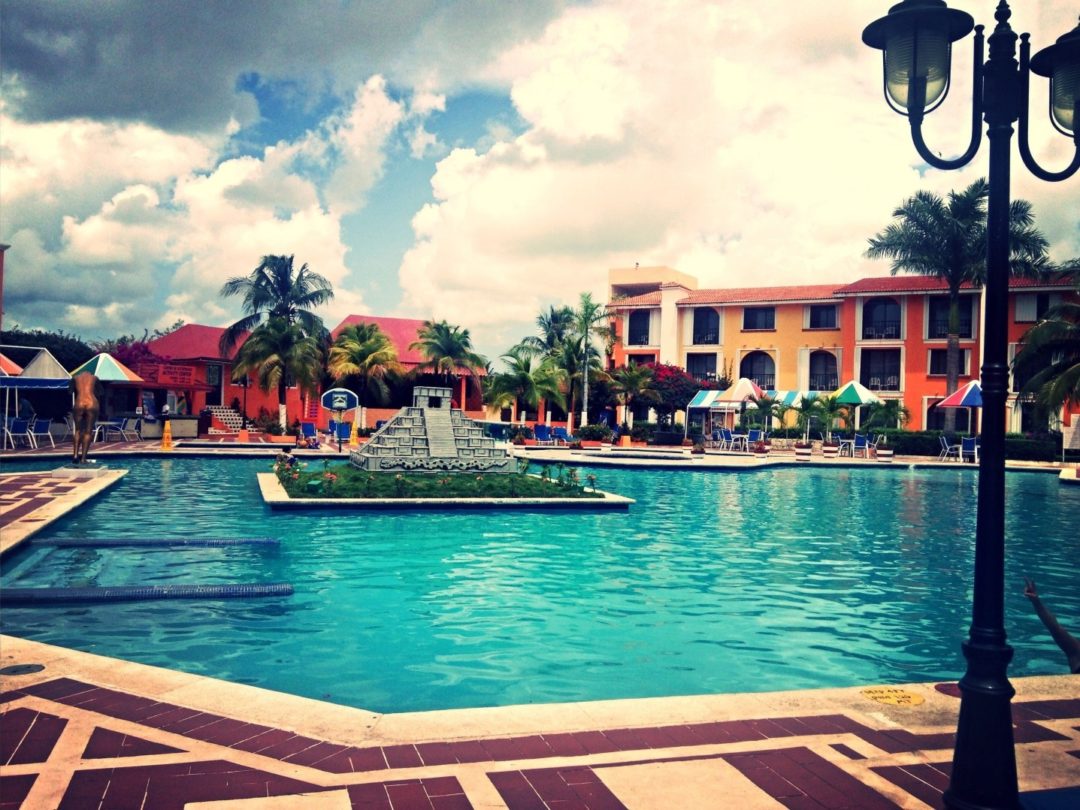 Cozumel, Mexico is one of our favorites places, Russell and I have been several times. Crystal has gone a few times with me – once on a girls trip and once on a trip in November 2014.

Cozumel features great diving, snorkeling and beaches, marine-life encounters, botanical gardens, trails and shopping in the town of San Miguel. The nearby mainland is home to Tulum, Mayan cliffside ruins overlooking the Caribbean.

Although Cozumel is Mexico’s largest Caribbean island (and its most populated), it wasn’t until the 1960’s that this once-sleepy fishing village became a tourist attraction in its own right, following a documentary in which Jacques Cousteau declared it one of the most beautiful areas in the world for scuba diving. These days, Cozumel is a major cruise port that welcomes more than one million cruise passengers each year and as many as eight ships per day. But even with all this progress, Cozumel has held onto its non-touristy side; only one-third of the island has been developed, leaving large stretches of pristine jungle and sandy beaches basically untouched.

Yes, it’s true: There’s much more to Cozumel than duty-free shopping. (That being said, Cozumel offers darn good deals on jewelry, Mexican handicrafts, T-shirts and other souvenirs, mostly in the main town of San Miguel.) This small island, measuring just 28 miles long and 10 miles wide, lies off the coast of the country’s Yucatan peninsula and offers incredibly diverse options for water sports-lovers, partly because of its proximity to spectacular coral reefs. Along with snorkeling, beach bumming and boating, scuba diving is one of the biggest draws to this sunny destination.

Cozumel owns a rich history. In fact, the island derives its name from the Mayan civilization that settled there approximately 2,000 years ago. According to Mayan legend, Cozumel was the home of Ixchel, the goddess of love and fertility. It’s said that when religious temples were dedicated to her, she sent her favorite bird — the swallow — as a sign of her gratitude. For this reason, the people called the island “Cuzamil” — Mayan for “Land of the Swallows.” Several important Mayan sites, such as San Gervasio and El Cedral, populate the island. Even better preserved ones are on the accessible mainland; Chichen Itza and Tulum are hot spots for daytrips and shore excursions.

Shopping is great in Cozumel. 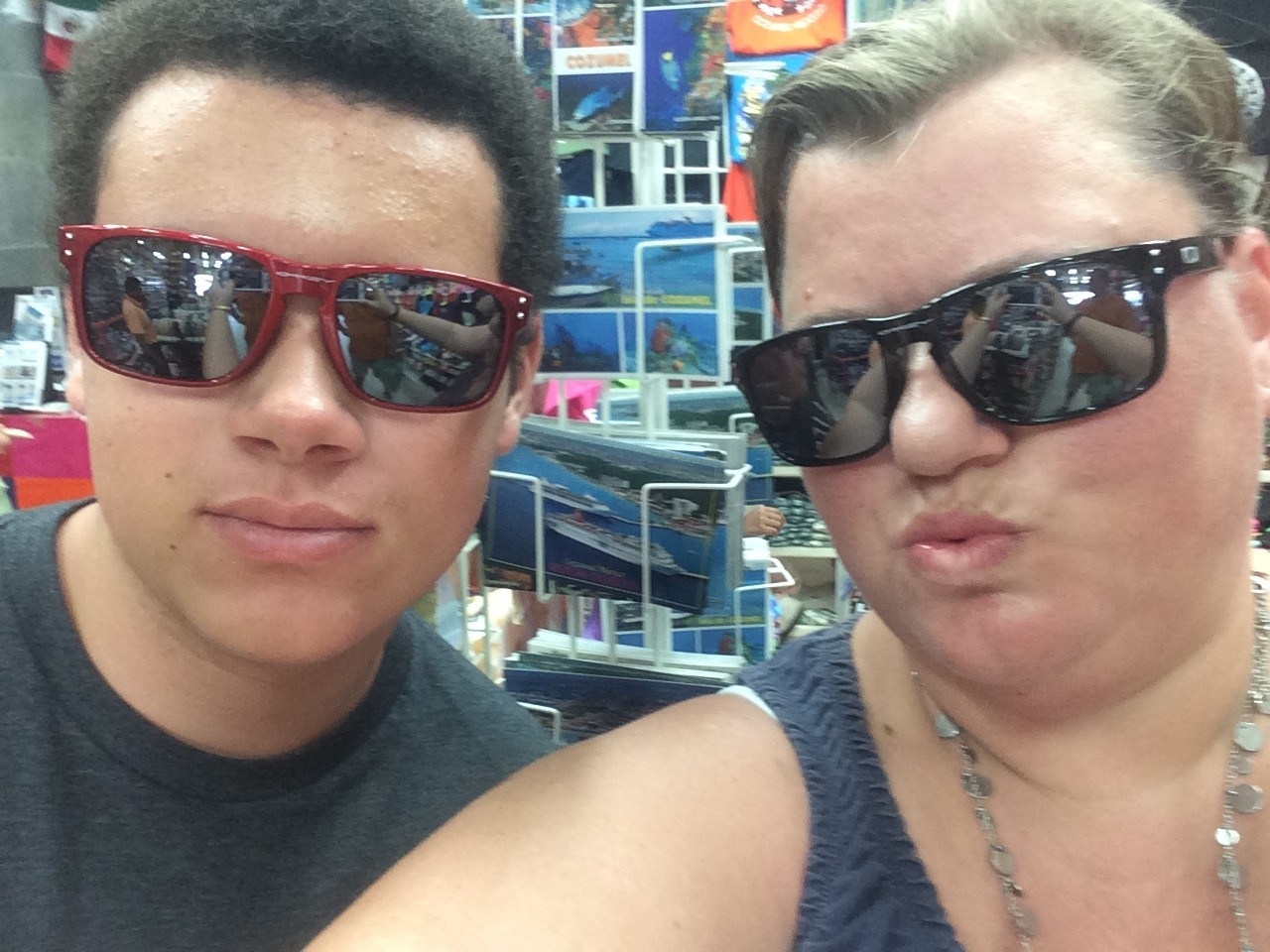 This is a great stop – it is at the end of  the main strip. It is great because it is a BIG and they have nice bathrooms (you will learn that I know where the bathrooms are).  They have pottery, clothes, jewelry and VANILLA.  I buy vanilla here EVERY.TIME I visit Cozumel.  Los Cinco Soles is the entrance to Pancho’s Backyard (see below under Food). 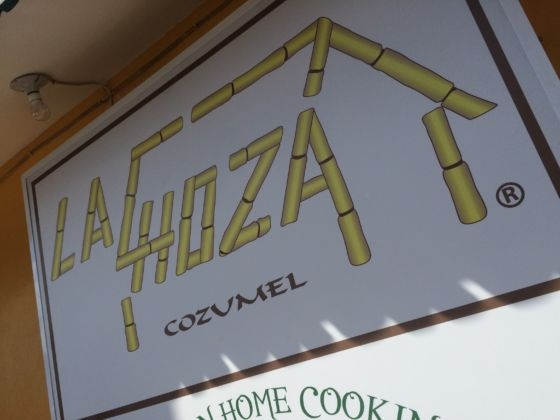 I have now been to La Choza two times.  The first time a Princess Cruise Line crew member recommended it.  We went and we weren’t sorry.  Russell was a bit sorry, because he had a bit too much to drink and ended up getting sick.  But we enjoyed it so much we went back again with Crystal and her family.

Both times I have gotten fajitas and margaritas.  Both are yummy. 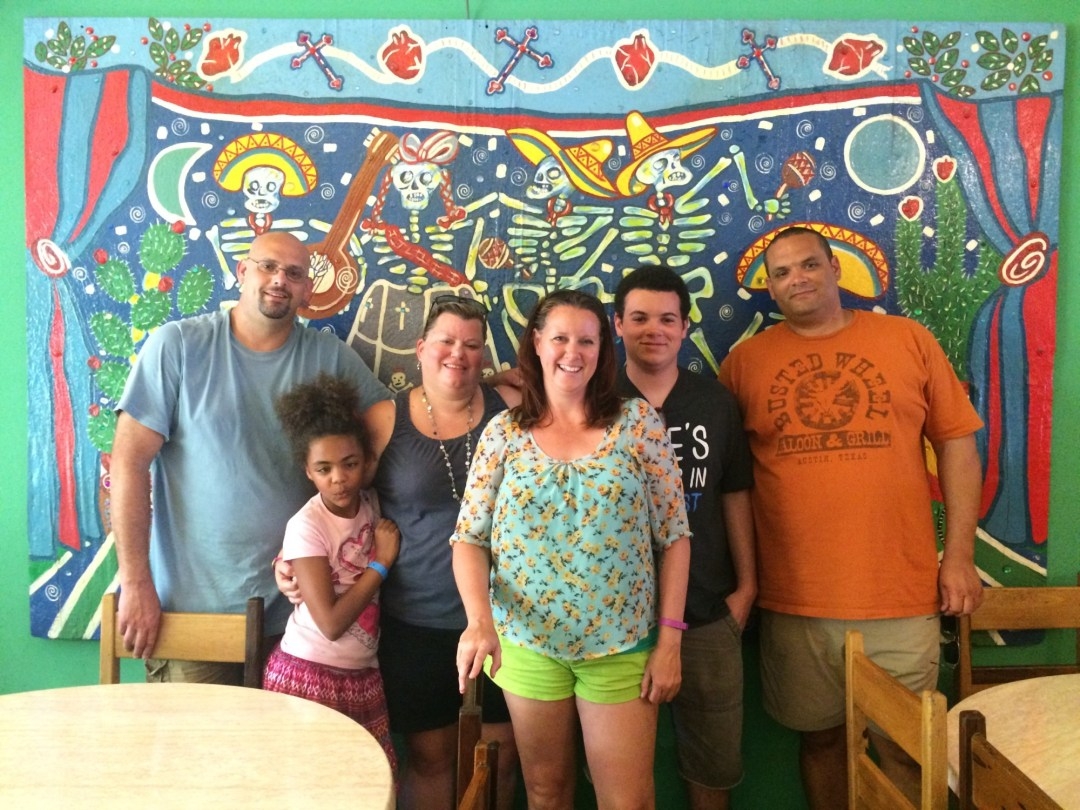 La Choza seems to be known for their dipping sauce (for chips).  I don’t recall being enamored with it but here is some information on it. 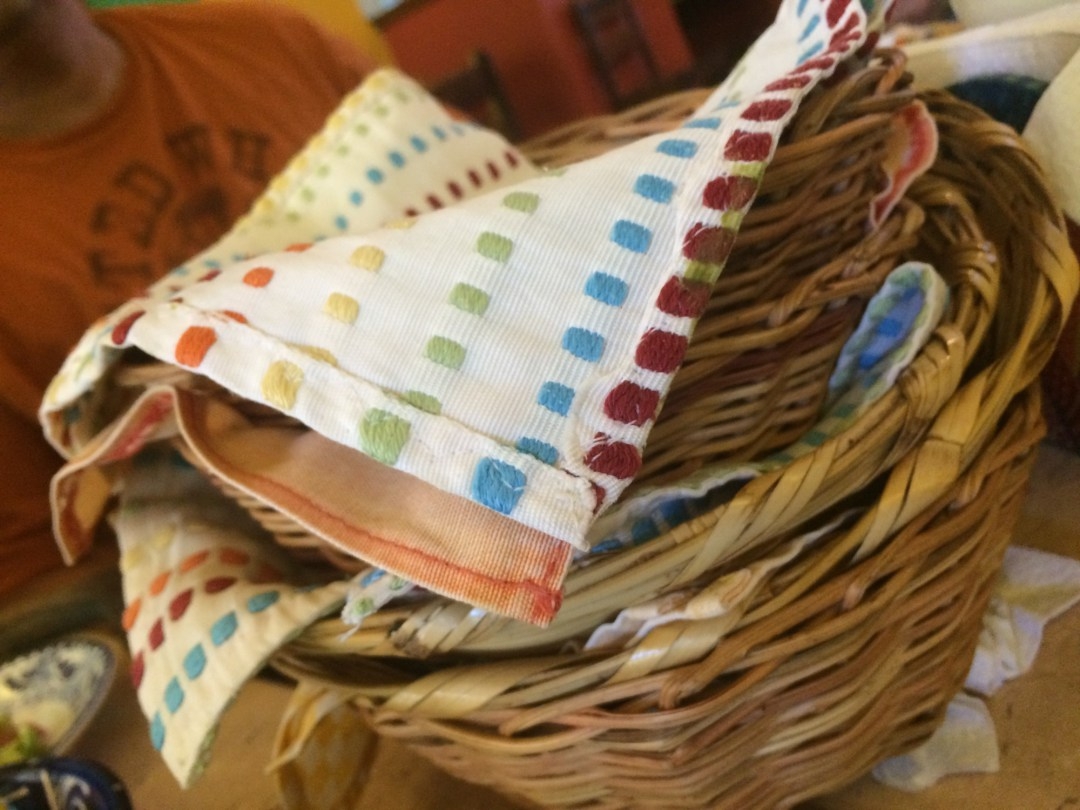 Pancho’s is great.  Now first let me say, they have great bathrooms 🙂 so even if you aren’t going to eat there – there bathrooms are great.  They also have a lot of store front, it is called Los Cincos Soles (see above under shopping).

My aunt and uncle recommended Pancho’s to us when Russell and I were planning our honeymoon back in 2003.  We had a stop in Cozumel and weren’t sure what to do.  My aunt and uncle had been many times, and recommended Pancho’s.  On our first trip there – let’s just say we didn’t know margaritas were going to KNOCK.OUR.SOCKS.OFF.   Let’s just say we had to take a cab back to the ship.  OOPS.  We had Chicken nachos – and highly recommend them.

ATV rental – This four-wheel adventure takes you to places in Cozumel most tourists never get to see. A short instruction and driving course is provided before you hit the dirt roads. You’ll wind your way through the paths of Cozumel’s jungle and see a planting field and Mayan replicas. Conclude your adventure and then head to the Beach Club for a refreshing dip in the swimming pool or ocean. Lunch and refreshments will be served.*

Atlantis Submarine – Get ready to dive below Cozumel’s ocean waters for an unforgettable exploration. This submarine expedition submerges you into the Mexico’s deep waters. Prepare to board the air-conditioned, battery-powered vessel with the help of the staff members who greet you as you board.  The submarine gently descends 100 feet below the surface where breath-taking scenes await. An expert guide will provide narration as you navigate the ocean floor. Your tour of the ocean floor introduces you to a playground of sharks, turtles and thousands of colorful fish.  Get your camera ready, and either watch them float by from the window in front of you or from the large view port. Cozumel is known to have the world’s second largest barrier reef system and you’ll float by its stunning Reef Wall. Many tunnels and caves are located in the reefs, which make it an ideal environment for many species of fish. The tour continues past one of the biggest dive wrecks in the Caribbean, The Felipe Xicotencatl. This 154-foot ship once used for rescue and patrol missions was brought to the ocean floor in 2000 to promote marine life. You’ll see how it has become a home for fish, sponges, and coral.*

Chankanaab Park – If you’re looking for a day in the sun, venture into Chankanaab National Park. With scuba, snorkeling, a historical walking trail, and not to mention great food, Chankanaab provides the perfect relaxing atmosphere for your time in Cozumel.*

Buccano’s – A perfect place to stimulate your senses. The sea, sun, and breeze are all companions to your Mexican day on the beach. Enjoy gourmet breakfasts and lazy lunches, swim in the ocean, snorkel in the sea, and sip margaritas while watching the sun set on departing cruise ships. Bustling and easy-going….a comfortable place for an unforgettable day in Cozumel. Fast pace or lazy, there is something for everyone at this unique island paradise.* – we had planned to go here on our last trip to Cozumel, but unfortunately, we didn’t make it.  NEXT TIME!

City Tour of Cozumel – From its world famous coral reefs and wild jungle to the multitude of museums, ruins, and other noteworthy buildings, there is much to see on a guided tour of beautiful Cozumel Island. While I haven’t ever been on a tour per se – I have been around Cozumel several times, and we quite enjoy it.

Salsa Salsa Margarita – An interactive cooking show like no other! Two Dancing Chefs take you through a variety of Mexican salsas, as well as teach you how to make Margaritas and dance the salsa! Try your culinary creations with tasty snacks and try an assortment of drinks, including all-you-can-drink Margaritas, Jamaica Tea (Hibiscus Herbal Tea) and Bottled Water. We booked this excursion on a girl’s trip a couple years ago and we all loved it.  We went to the hotel instead of learning to salsa dance to take advantage of the wifi and the pool…but otherwise – we highly recommend this tour! 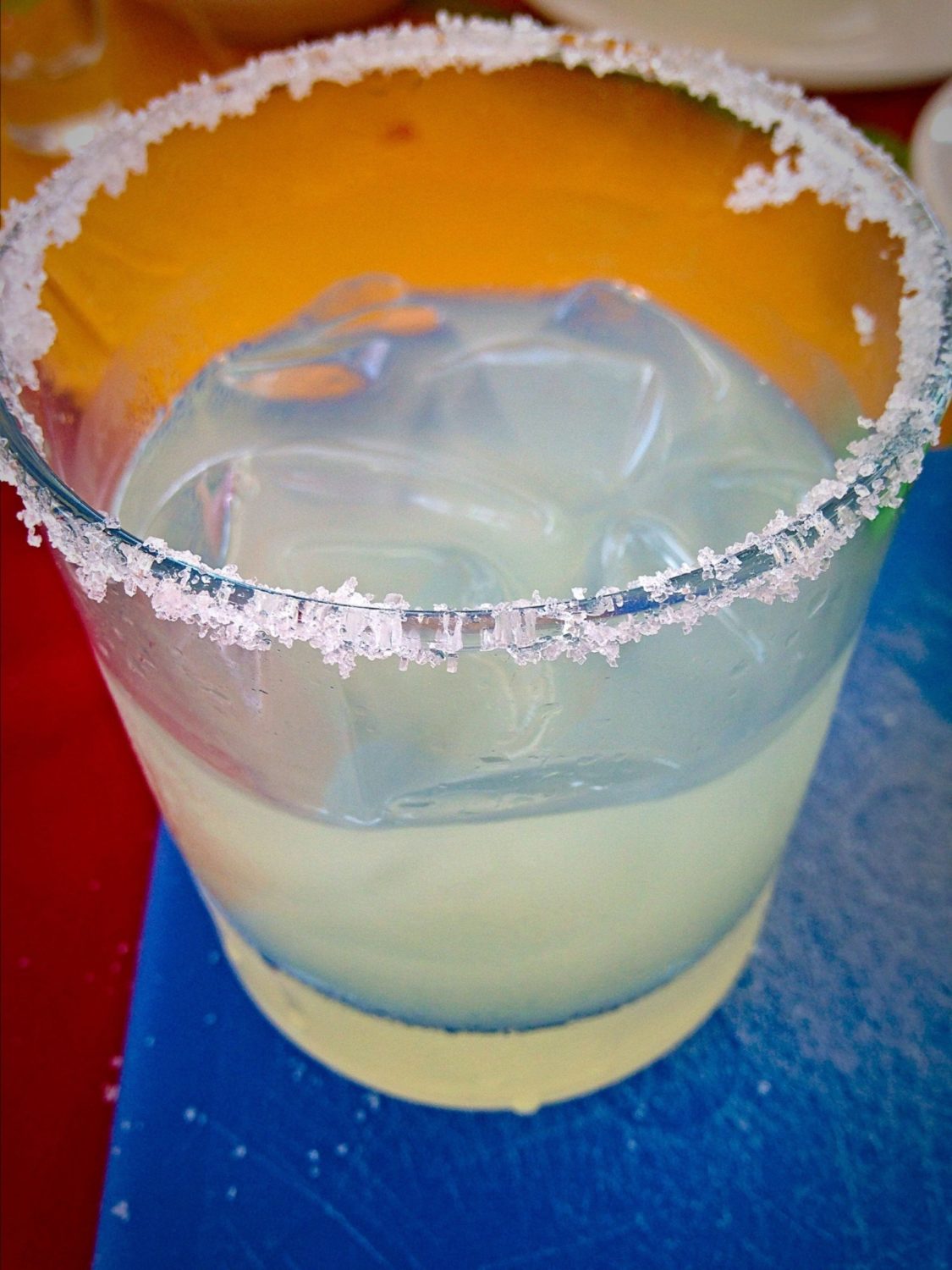 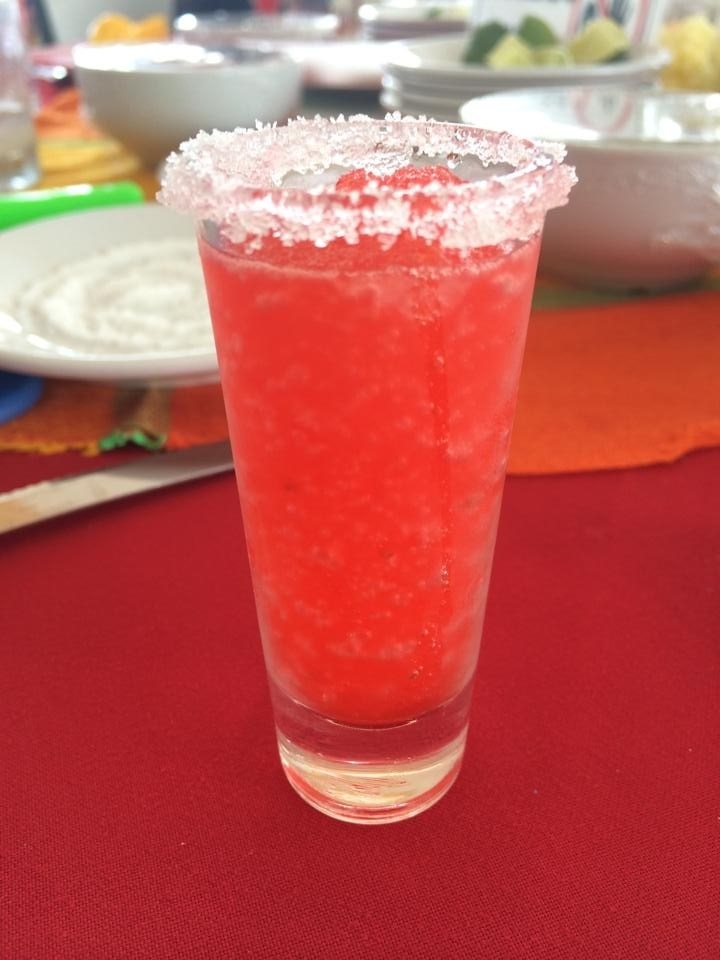 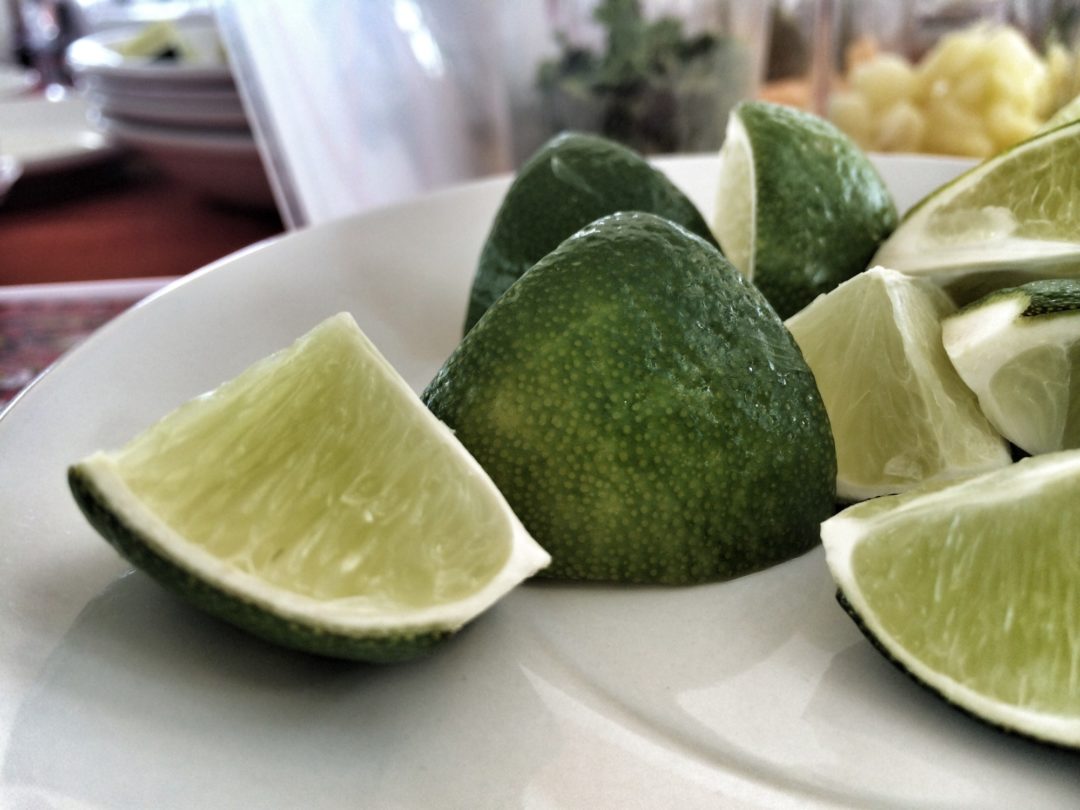 Tequila tastings and tours – Curious about the process that goes into making tequila? Have equal or greater interest in drinking it? Taste why it’s one of Mexico’s most popular drinks!  Who doesn’t think about Tequila when they think Mexico.  Unfortunately, we have sometimes tasted too much tequila in Mexico!

*We have never participated in this activity 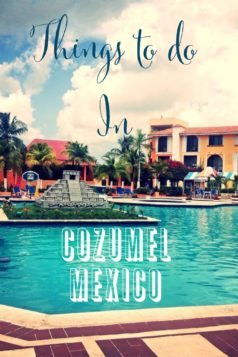 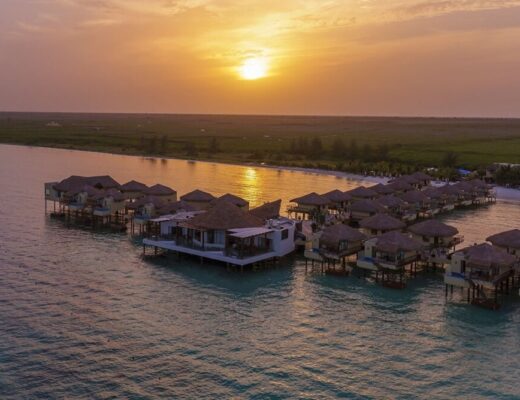 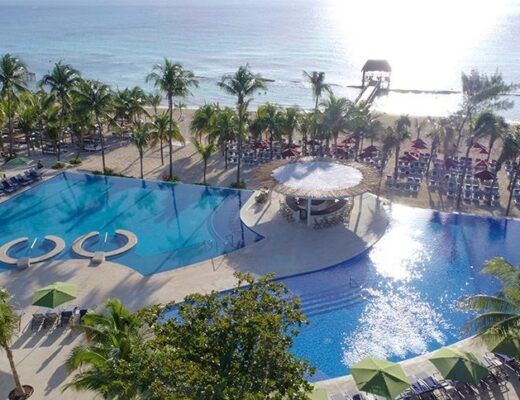 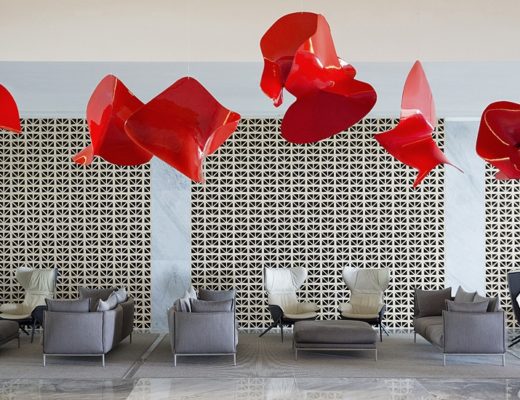 The Colors, Patterns and Textures of Mexico!