Last summer my friend found an awesome deal for a quick trip to Jamaica. She asked our girlfriends if we wanted to do “girls weekend” in Jamaica instead of the local one that we had planned. Amazingly enough six of us were able to go with only nine days notice! Our trip was through Vacation Express, which was my first experience with a vacation package deal versus purchasing the hotel and airfare separately. It was a first for a lot of things that day! I had never flown out of the international terminal at Hartsfield Jackson Airport! It’s very nice. The flight was a lot of fun, very much a party from the start, everyone was cheering when we boarded. They served drinks right away. About thirty minutes into our flight some sort of warning light came on and we had to turn around and land again in Atlanta! I had never experienced that either!  What a bummer that was. It turned out to be about a seven-hour delay at the airport but for some reason it didn’t feel like it. If I weren’t with my girlfriends I probably would have been irritated but we had a great time hanging out with one another at the airport and had a nice lunch. 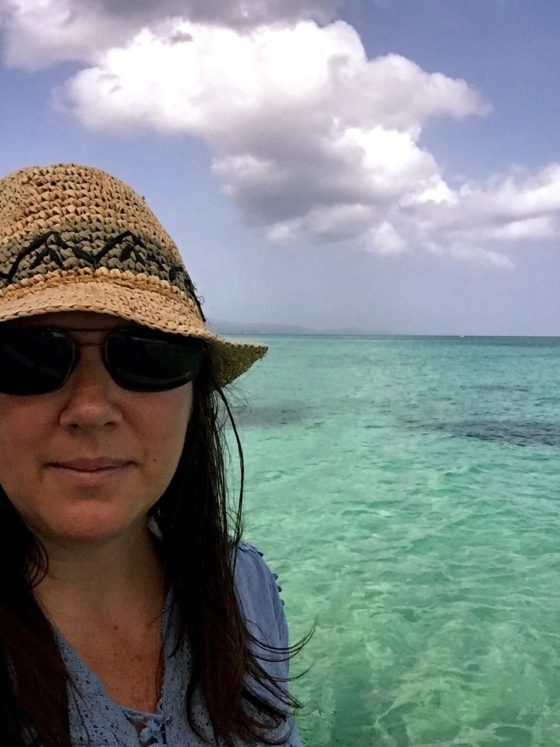 We stayed at the SeaGarden Beach Resort in Montego Bay. We arrived in late evening just in time for dinner. The main restaurant served a buffet breakfast, lunch and dinner at certain times during the day. The bar by the pool and the beach served food during the day also. I think there may have been another restaurant that was open certain nights of the week but we kept missing that. The hotel itself isn’t very big. It has one central pool. The rooms are nice and simple. To get to the beach you walk across a very small one-way road. There are attendants there to block traffic. The beach opened around 7 am and closed at dark. We got up early every morning to get the gazebo that would fit all of us. The beach attendant was very friendly and helpful! There isn’t much beach access with sand entry. You could enter the water in multiple spots with stairs but they were slick! The water was so amazingly beautiful and clear. My girlfriend was smart enough to pack floats, which was perfect. I would have never thought of that but I will do that from now on. Pretty much everyday we spent at the beach relaxing and then dining then repeating. The nighttime entertainment was poolside every night. One night it was local trivia; one night there was a band and some local entertainers. They were pretty awesome to watch. Three of us booked a catamaran tour through Nexus Tours. The catamaran was the highlight of the trip for me. The guys in charge made the boat ride entertaining and we stopped to snorkel for a while.  We snorkeled at airport reef, which was so close to the end of the runway, two planes went over us as we were in the water!! I can’t even explain how cool it was. 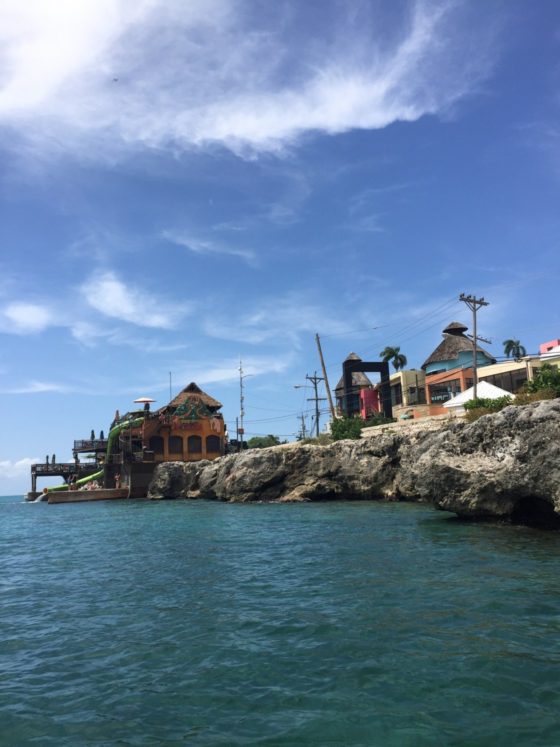 On the last day we took a glass bottom boat ride down to Margaritaville. Our guide left us there for about an hour and then returned to pick us up. Most of my girlfriends swam and did all of the water slides and inflatable obstacle course that was in the water. I sat on the deck and watched! We all had a good time. 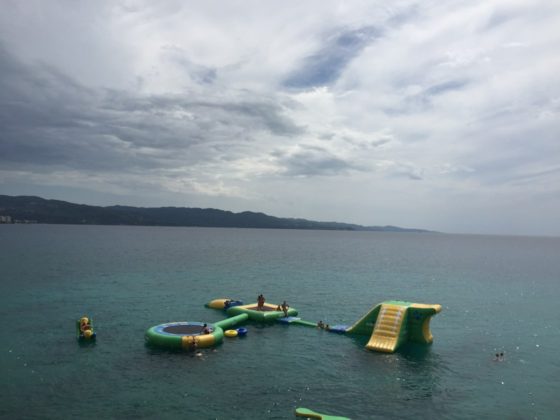 The hotel is very close to the airport runway so you get to see the jets come in so close. It was breathtaking. I love airplanes so much so to be that close was very cool. 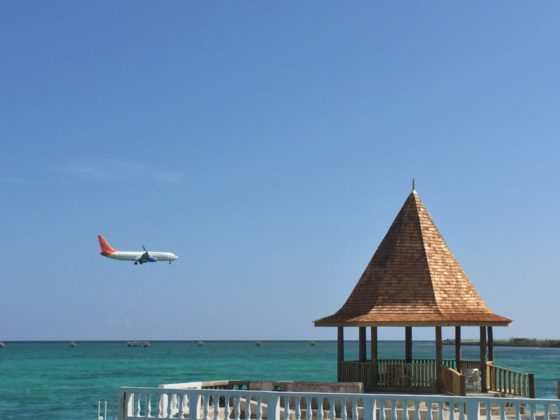 I love this photo. These talented kids played music all through the resort on our last day. This picture captures the airplane, the glass bottom boat that we went on, the band and our gazebo was to the left. 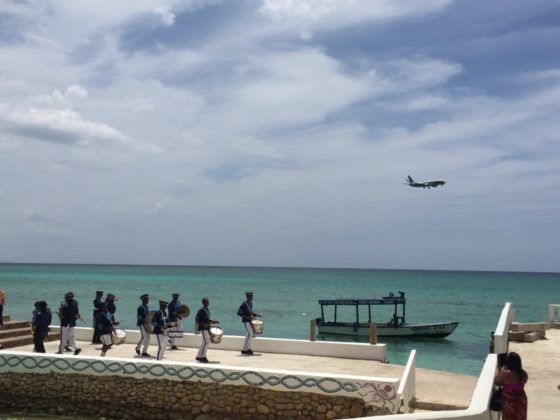 It was a great last-minute trip to Jamaica. It was perfect for a girl’s trip just to hang out at the beach and pool for four days.

Are you heading to Montego Bay?  Check out some of the other resorts that we have visited! Contact us at fabulousindeedvacations@gmail.com if you would like go. We can plan your trip! Did you know there is no additional charge when you use Fabulous Indeed Vacations to plan and book your trip?  We do all of the work for you, and have several agents available at all times! 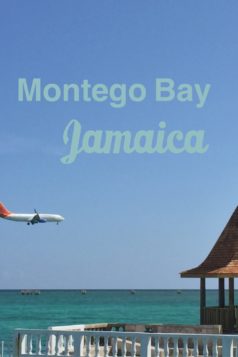 The Cliffs in Negril, Jamaica